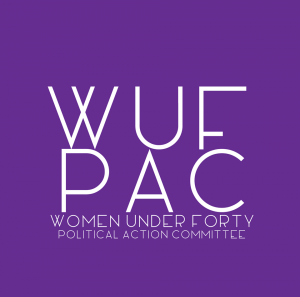 WUFPAC is a nonpartisan political action committee that supports women forty years of age and under running for state and federal public office, at the time of endorsement.

WUFPAC was started in January 1999 by a group of young women, representing diverse political and geographic backgrounds, gathered together in Washington, DC to discuss the role of young women in politics. Recognizing that political capital is built by political tenure and frustrated by the low percentage of women currently holding political office, they created WUFPAC to support the efforts of young women running for Congress and statewide offices.