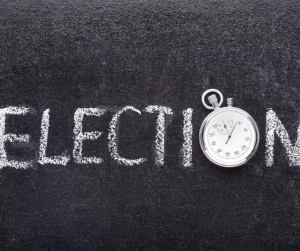 We’ve all seen the news reports of Democrats practically swimming in campaign cash compared to their Republican opponents.

And yet, there are still plenty of marginal races where late cash can help Democrats flip seats.

We have only 48 hours to win this. These are the races where your $5 will go the furthest. Give now.

No race is more important than the presidential race. After lagging for the last several weeks, Trump’s campaign raked in $26 million off his final debate performance—and the cash kept rolling in. Now, we’re hearing that some Senate candidates are struggling too, under a late surge of outside spending.

That’s why Kamala and three Senate candidates are at the top of our final Top 10 races slate. All donations to them via WomenCount will go to the campaigns ASAP.

The rest of the slate is mostly leaning-R races where Democratic challengers haven’t gotten the same major national attention—or where, like MJ Hegar’s Texas Senate race, Democratic candidates closed a huge polling gap after essentially being counted out.

See who’s on the slate, then chip in $5 to each of them and help get the slate to $50k by midnight.