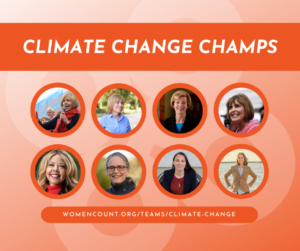 As yet another heat wave engulfs the country, we’re thinking about more than Andrew Cuomo or budget politics headlines. We’re turning today to climate.

“Congress passes major climate change legislation” wasn’t a headline this week, but when the Senate advanced a $3.5 trillion budget plan early Wednesday, that’s essentially what they did.

The bill sets aside $198 billion to invest in clean energy, and $135 billion to mitigate fires, droughts and other effects of climate change. Specific proposals currently include pushing the US to generate 80 percent of its energy from clean sources by 2030, tax breaks for the wind and solar industries, and tariffs on carbon-intensive imports.

Now comes the hard part: Filling out the plan with specific proposals and merging the Senate’s proposals with the House’s, while keeping progressives and moderate Democrats happy enough to pass the legislation through both chambers’ razor-thin margins.

But with the Senate seeming to agree with House progressives on a bold climate spending proposal, things are looking good.

This progress on climate change comes at a dire time. The most recent International Panel on Climate Change report, also released this week, made clear that we are already experiencing the direct, irreversible effects of a warming climate. We cannot plow ahead with the status quo and expect to continue our current way of life.

Congress is a step closer to passing bold climate policy thanks to the efforts of women in both chambers—women who inspired our new slate of Climate Change Champions: Senators Tina Smith, Maggie Hassan, and Tammy Baldwin, and Representatives Kathy Castor, Lucy McBath, Carolyn Bourdeaux, Sharice Davids and Elaine Luria.

Chip in $5 or more to each of them to say ‘thanks’ as they stand on the front lines of preserving this bill’s bold climate vision during budget negotiations.