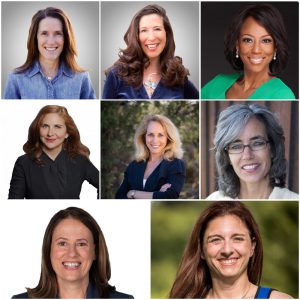 Super Tuesday II is coming up in just two weeks!

Partly because of delayed elections due to Covid 19, eight states and the District of Columbia will hold primaries on June 2—the most primaries held on a single day since March 3.

They’ll be nearly as consequential, too. Especially for women candidates.

There are competitive races to make women the nominees in five flippable seats: Iowa’s US Senate race, Montana’s gubernatorial race, and three DCCC-targeted Congressional districts (IN-5, PA-1 and MT-AL).

We can also send women to Congress in two deep-blue races, MD-7 and NM-3, immediately increasing our representation in the House after the hard loss of CA-25.

That’s why we’ll be pushing our Super Tuesday II slate hard these next two weeks. Will you be one of the first donors and help get us to $2,020?

A little more about these critical races:

Theresa Greenfield (IA-Senate): Iowa is a key state to flip if Democrats are going to take back the Senate. In this 5-way primary, Theresa has the highest name recognition statewide and the best polling (tied) against incumbent Sen. Joni Ernst.

Whitney Williams (MT-Governor): With Gov. Steve Bullock term-limited (and now running for Senate), it’s important to keep this seat in Democratic hands. Whitney is the underdog—her Democratic opponent is former lieutenant governor Mike Cooney—but the race is still close, and Hillary Clinton has endorsed her.

Christina Hale (IN-5): Indiana’s 5th is a longshot, but it’s emblematic of the suburban, increasingly diverse district Democrats can eventually flip. And this year, the seat is open. Christina, a former state representative and candidate for lieutenant governor, is the frontrunner, and needs to come out of this 5-person primary with strong fundraising numbers.

Kathleen Williams (MT-AL): Montana’s lone Congressional seat is another open district, since body-slammer Rep. Greg Gianforte has vacated it to run for governor. In 2018, Kathleen lost to him by only 4 points. With him out, it’s a real race—if Kathleen is the nominee.

Christina Finello (PA-1): Republican incumbent Rep. Brian Fitzpatrick eked out a 2-point victory here in 2018, even though the district favors Democrats. Christina—who in 2017 became the only Democrat elected to her 7-member borough council—is the perfect candidate to bring it home to us.

Teresa Leger Fernandez and Valerie Plame (NM-3): With incumbent Democratic Rep. Ben Ray Luján leaving the House to run for Senate, this seat is up for grabs. Two women are frontrunners for the nomination in this 7-way race—let’s make sure one of them goes to Congress. Click on their profiles to learn more about these candidates and note you can customize your donation if you choose to support just one.

We only have two weeks to get these women over the finish line. Chip in $5 or more to each of them.