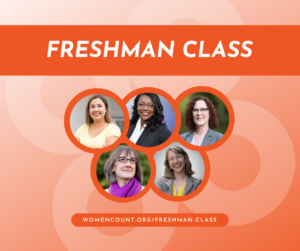 LIke you, we are floating at the overall outcome of Tuesday’s election. Democrats held off a red wave. And finally, there’s evidence the post-Dobbs surge in voter enthusiasm was real: Pro-choice amendments passed in California, Michigan and Vermont, and an anti-choice amendment was defeated in Kentucky.

But there’s another result from Tuesday’s election that is not getting enough attention: With a number of races still outstanding, we feel confident reporting that women’s representation in Congress will likely stay steady—instead of grow—for the first time since the 2010 election. This, in the year of Dobbs.

While some races are still too close to call, a likely scenario is that House Democratic women have a net loss of one seat and Republican women have a net gain of one. Republicans added one new woman to the Senate. This likely puts women right back where we started: just above 27 percent of Congress. We will update and verify these numbers once all the races are called.

During a night that went unexpectedly well for Democrats, it’s disappointing that women didn’t make gains. But we knew this was a possibility. We laid out why earlier this year:

And there were funding inequities as election season progressed, with national Democrats providing late or no funding in key Senate (NC and FL) and House races that went red.

The night looked disappointing too for Republican women, who mostly washed out with the rest of the nonexistent “red wave,” even as Republicans doubled their recruitment of women candidates from 2018 to 2022.

Still, there are real bright spots for Democratic women, especially in many of our “Super States” where they ran in competitive national and state elections.

Now, you know what we need to do to keep this momentum going: Celebrate and/or cry, gather yourself, and make a plan for protecting vulnerable freshmen in 2024.

Don’t wait. Send a donation now to our Freshman Class slate of women who won the closest races this year.