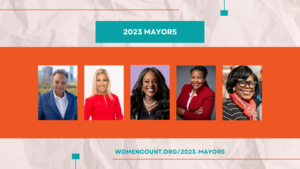 Right now we’re watching 17 major-city mayoral races where Democratic women are currently running, out of more than 30 happening across the country this year. Eleven of the 17 are women of color.

That’s why 2023 Mayors is our first new slate of the year. Right now it’s five women with competitive primaries happening in the first half of this year—including one that will be competitive in the general.

Help them start the year off strong: Give $5 or more to each woman on our 2023 Mayors slate. Or customize your donation if you have favorites.

The first mayoral primary is coming up in just seven weeks. Rush a donation of $5 or more to each candidate while there’s still time.