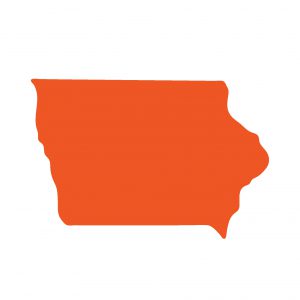 Our presidential women are in a bind.

Tied up in Washington for the impeachment trial, Sen. Amy Klobuchar and Sen. Elizabeth Warren have been off the trail in the final week before the Iowa caucuses.

Now, new revelations from former national security adviser John Bolton have thrown the trial into chaos and it’s unclear if the Senate will call witnesses. Regardless, it will be difficult for Amy and Elizabeth to be in Iowa to make a final case for themselves before Monday’s caucuses.

Both women have great teams on the ground working to turn out caucus-goers, but they’re going to have to work harder if their candidates aren’t there to fire up supporters.

Chip in $5 or more now to our Early States: Iowa slate to give Amy Klobuchar’s and Elizabeth Warren’s organizing teams a boost before Monday’s caucuses.

The Senate will vote Friday on whether to call witnesses—and prolong the trial—or acquit the President of all wrongdoing. If Republicans acquit, our women can get back on the trail … but we’ll then be facing a complete crisis of legitimacy at the highest level of government.

If that happens, Iowa matters even more because of its Senate race. Theresa Greenfield is running to unseat Sen. Joni Ernst, who has actually admitted she hopes that falsehoods lobbed at the Bidens hurt Democrats’ presidential prospects!

“Iowa caucuses are this next Monday evening. And I’m really interested to see how this discussion today informs and influences the Iowa caucus voters, those Democratic caucusgoers. Will they be supporting Vice President Biden at this point?” — Sen. Joni Ernst, Tuesday, Dec. 28, 2020

That’s why the President was impeached: Because he collaborated with a foreign power to hurt his political rivals.

We have to kick Trump and his enablers out of government. Our democracy depends on it.