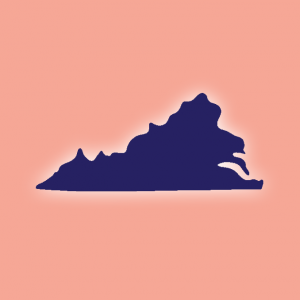 Virginia’s state legislative primaries are one week away on Tuesday, June 11, so we wanted to tell you a little more about the eight candidates on our Flip Virginia 2019 slate. Remember: Democrats only need to pick up two seats in each chamber to gain control!

First, the only competitive House of Delegates primary on our slate: House District 91, where Martha Mugler, a member of the Virginia School Board Association, will face Michael Wade, last year’s Democratic nominee.

Whoever wins this primary race has a great chance to win the seat. District 91 is one of four Republican-controlled House seats whose partisan lean has flipped Democratic due to redistricting. Let’s make sure we can flip it and increase women’s representation.

And two current Delegates—Debra Rodman and Cheryl Turpin—are favorites in primaries for flippable Senate districts that Hillary Clinton won in 2016.

Chip in $5 or more to each of these three women before their primaries on June 11!

The rest of the women on our slate are heading straight for the general election.

They include Wendy Gooditis (House District 10) and Dawn Adams (House District 68). Both flipped their seats in 2017 by razor-thin margins and are likely to have the biggest challenges keeping them this year.

Nancy Guy (House District 83) and Shelly Simonds (House District 94) are running to flip seats this year, and they also have a better-than-average chance because of new electoral maps. Both districts went from being heavily Republican to leaning Democratic by nearly 5 points.

But the biggest get in flippable districts this year will be House District 66. Sheila Bynum-Coleman, a local business owner and community advocate, is running to unseat incumbent House Speaker Kirk Cox. His once-safe Republican district now also leans Democratic by 5 points.

Let’s flip Virginia’s House and Senate this year and give Dems control of redistricting Friend. Give $5 or more to each of these women and help our slate hit $2,019 before the June 11 primary.