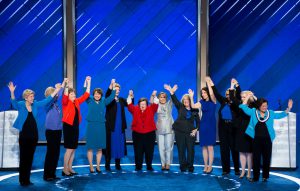 Today is International Women’s Day, and women across the country will be striking for A Day Without A Woman. Others who can’t afford to strike will be wearing red in solidarity.

The strike got us thinking: What would it be like for the U.S. Senate to spend a day without a woman? Specifically, the 10 women on our Blue Wall slate who are up for re-election in 2018. Help raise for their re-elects now by chipping in $5 to each of them.

Without these 10 women we lose:

Losing any of them would strike a huge blow against women’s representation, so let’s make sure we don’t: Chip in $5 to each of them right now.