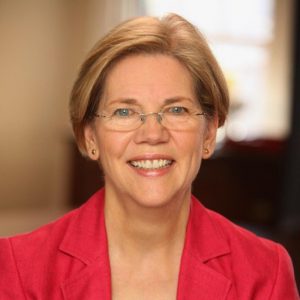 What does ‘silly season’ mean? According to Dictionary.com: “A time of year … characterized by exaggerated news stories, frivolous entertainments, outlandish publicity stunts, etc.”

It’s not that bad — yet. But now that the Biden campaign’s VP selection committee is up and running, we’re entering what could be months of wild speculation about who his final choice will be.

And we’re actually really excited about it, because that means more time to raise for our Veepstakes slate, and talk about the amazing women on it.

We’re still $2k away from the slate goal. Will you make your pick for Veep by giving $5 or more to the woman (or women) you want to see on the presidential ticket?

All funds raised will eventually be donated to the Democratic presidential ticket. To help reach our goal — and to celebrate these amazing women on Biden’s short list — we’ll be highlighting each one of them in the weeks ahead, starting with the winner of our Veepstakes contest: Sen. Elizabeth Warren.

Not only is she our members’ top pick, she’s the top pick for 71 percent of registered Democratic voters. And for good reason.

Her legal and policy work with families facing bankruptcy, as well as her creation and stewardship of the Consumer Financial Protection Bureau during the last economic crisis, make her an excellent pick to help handle the current economic crisis in the White House.

That’s only part of what makes her a favorite of the party’s more progressive wing — credentials that could bring around voters who, fairly or not, view Biden as too centrist.

Let’s hit our $5k goal by the end of May so we can raise it.