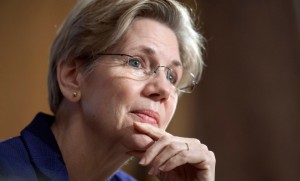 For weeks before Super Tuesday, Elizabeth Warren was erased by the media, left out of every conversation about “frontrunners,” her speeches and events essentially blacked out. But now that she’s out of the race cable news panels and opinion-page think pieces are abuzz with praise about what an empathetic person, deep thinker and capable leader she is.

Where was that coverage when Elizabeth Warren was running?

It’s a message women and girls hear all the time: Be smart—but not too smart, or you’re a know-it-all. Be competent—but not too competent, or you’re trying too hard. And be confident—but don’t rise to the top, or we’ll tear you down and you won’t get our praise again until you’re back at the bottom, clawing your way up.

This is why we founded WomenCount. The male-dominated media and political establishment still control the narrative around female candidates, but with crowdfunding, we control the pocketbook.

Millions of grassroots donations from other women kept Elizabeth Warren in the race far past when the media counted her out.

And millions of grassroots donations to our 2020 Veepstakes Fund are going to ensure that there is a woman on the 2020 ticket. Chip in $5 or more to the slate now.

And can you chip in an additional $5 to WomenCount? Our small team works hard to keep this platform up-to-date and promote women candidates at every level.

Women are obviously still hungry to make history this year. Our Veepstakes slate hit its initial $2,020 goal in 24 hours, making it our best-performing slate of the cycle in terms of rapid response.

In fact, women did make historic strides on Super Tuesday. NC-6 essentially sent Kathy Manning to Congress in this recently redrawn, newly blue district. It’s a Democratic pickup and the first time a woman has represented the district. And MJ Hegar, a veteran who helped end the military’s combat exclusion policy for women, is the likely nominee for US Senate in Texas.

Even as Elizabeth Warren’s campaign ended, we saw women’s political power on display: Michael Bloomberg’s history of fostering a sexist work environment tanked his campaign, and NBC finally canned the eternally-boorish Chris Matthews after a chorus of women (including journalist Laura Bassett) reminded the network that he’s a serial harasser.

Women STILL have incredible power to shape our politics this year. Will you wield it? Give $5 or more to our Veepstakes Fund and demand there be a woman on the presidential ticket.