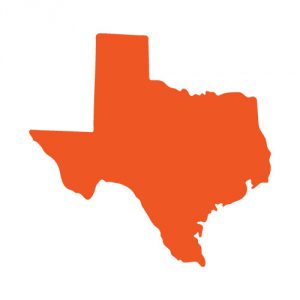 No comment—and no words—about this week’s debate. It’s a distraction from what we need to do between now and Nov. 3: Donate, organize and VOTE.

Instead, we’re focusing on Texas, a key battleground this year up and down the ballot—and the outcomes have implications far beyond the Lone Star state.

Republicans are ready to put Amy Coney Barrett on the Supreme Court before Election Day. Trump has even said he wants to fill the seat in case the election results end up there. But if Democrats take back the Senate, we can balance to the Court. And if we make big gains up and down the ticket, we can secure our democracy in other ways (more on that below).

That’s why Texas is our first Battleground slate. We’ve identified the eight most-competitive races there, including MJ Hegar’s Senate race.

She’s running neck-and-neck with Sen. John Cornyn. Chip in $5 or more to her and the seven other women who can turn Texas blue.

The next most-important race on the slate is actually four races: State legislative candidates who can flip the Texas House of Representatives. Democrats only need to pick up nine seats to take control, out of 22 that are flippable. Ann Johnson, Joanna Cattanach, Brandy Chambers, and Akilah Bacy are the women most likely to flip. All are in districts that Beto O’Rourke won in 2018.

Kamala is on the slate, since the latest polls have Joe Biden and Donald Trump running even in Texas. And we’ve included the two closest US House races, Candace Valenzuela (TX-24) and Wendy Davis (TX-21).

We know this is a lot. But we want to make clear that stealing a Supreme Court seat isn’t the only way Trump can undermine our democracy.

Help us win the Senate and protect our democracy—chip in $5 or more to our Texas Battleground slate.