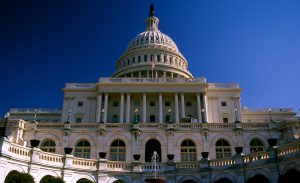 Governors are being thrown into the national spotlight by coronavirus—and Democratic women are shining.

New Mexico Gov. Michelle Lujan Grisham pushed back on Donald Trump when he told a group of governors to get their own medical supplies. In Kansas, Gov. Laura Kelly called him out explicitly, saying he “didn’t take (the outbreak) seriously enough soon enough.”

One of the best profiles in leadership comes from Michigan Gov. Gretchen Whitmer, who has exhibited incredible poise in her requests for more supplies from the strategic national stockpile, even as she’s had to deal with weeks of Trump’s sexist abuse.

These women are stepping up to fill the leadership void left by our federal government, and we are grateful. So grateful, in fact, that we’re rolling out our Governors Lead on Coronavirus slate to help put more of them in office.

Chip in $5 or more now to Gretchen, Michelle, Laura and two women running this year: Whitney Williams and Nicole Galloway.

We’re counting on Whitney Williams to preserve Democratic control in Montana, where Gov. Steve Bullock is term limited. Whitney is a nonprofit leader, CEO, and sixth-generation Montanan. Both of her parents served in state government: her father as the state’s longest-serving congressman and her mother as the first female senate majority leader.

State Auditor Nicole Galloway is running to oust Missouri’s Republican Gov. Mike Parson, who hasn’t even served a full term—he came into office after the previous governor resigned under criminal charges. Parson is not performing well right now: He resisted calls to issue a stay-at-home order until last Friday, and Missouri has been slow to take other measures.

Let’s put Whitney and Nicole in the governors’ seats in Montana and Missouri—and help build a campaign nest egg for governors running in tough races in 2022.

Chip in $5 to our Governors Lead on Coronavirus slate.