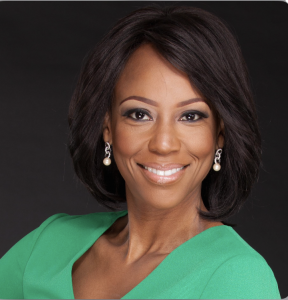 Something really important got downplayed last week, in between the confusion in Iowa and the rush to New Hampshire.

In a very competitive, very blue, special election primary that could have put another woman in Congress—Maya Rockeymoore Cummings—the male-dominated politics of Baltimore prevailed.

There has not been a woman Maryland’s Congressional delegation since Sen. Barbara Mikulski and Rep. Donna Edwards departed in 2016.

Now, the seat will almost certainly go to Kweisi Mfume, who represented the same seat in Congress for a decade, then became the president of the NAACP, and then resigned the presidency after an internal investigation found he had sexually harassed his subordinates!

This is NOT the kind of representation that will energize a new generation of Democrats or honor Elijah Cummings’ legacy.

Thankfully, Maya has pledged to push on to the regularly scheduled April 28 primary for the general election, and we are here for it! Chip in $5 or more to her and the rest of the women on our 2020 Blue Tsunami: Black Women Compete slate.

The ‘Blue Tsunami’ is what we’re calling this year’s Blue Wave, because—little known fact—there are more women running for national offices this year than there were at the same point last cycle. That could lead Democrats (and women!) to even bigger gains.

And to honor Black History Month, we’re starting our Blue Tsunami slates rollout with a call to support black women generally, and Maya in particular.

Black women are the heart of the Democratic electorate—the organizing muscle, the most consistent voting bloc, and often beating the odds in the most competitive races (see: Rep. Lauren Underwood and Rep. Lucy McBath, who are also on the slate).

Established political forces are still having a hard time recognizing that. We’re not:

Chip in $5 or more now to Maya, Lauren, Lucy and other black women who are running in very close races this year.