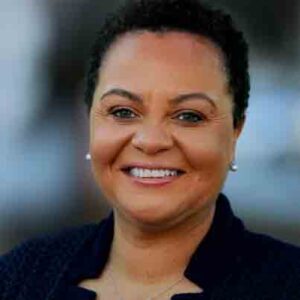 It’s not every Women’s History Month that we get the opportunity to help a specific woman make history, but this year we do—in just five days.

Karen Carter Peterson is running to be the first Black woman to represent Louisiana’s 2nd Congressional District (the seat left open when Cedric Richmond joined the Biden administration), and the special election is this Saturday, March 20.

LA-2 is Louisiana’s only Democratic district, meaning a victory for Karen in this race is our only chance to add a Democratic woman to Louisiana’s Congressional delegation, which has included only men since Sen. Mary Landrieu’s defeat in 2014.

Considering her experience, Karen should be a shoo-in for this seat: She’s the most recent former chair of the Louisiana Democratic Party and a current state senator. She was also the runner up for this seat last time it was competitive, in 2006. But a recent poll had fellow state senator and former New Orleans City Council member Troy Carter beating Karen by 9 points.

Give now to power Karen’s campaign through Election Day. Chip in $5 or more to our WHM 2021 Special Elections slate.