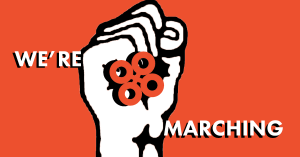 Tomorrow, Donald Trump will assume the presidency—and the breadth and depth of the resistance to him and his regressive agenda will be on full display.

As of today, more than 60 House Democrats have signaled they will boycott tomorrow’s inaugural ceremony, including the 21 women who make up our Leaders of the Resistance slate. That number snowballed after Trump spent last weekend attacking civil rights icon John Lewis.

These women are taking a tough stand, and they need us to amplify their voices. Chip in $5 to all of these women—or just the ones close to your heart—as part of our Leaders of the Resistance slate!

These House incumbents are progressive stalwarts, and several, as members of the Congressional Black Caucus, will be instrumental in protecting our civil rights over the next four years. This includes Rep. Barbara Lee (Calif.)—who has explicitly proclaimed she will lead the legislative resistance to Trump—and Rep. Karen Bass (Calif.), one of the CBC’s vice chairs.

Some will also be taking a hard line against Trump and showing their support for the people he’s targeted by attending the Women’s March on Washington. Rep. Katherine Clark (Mass.), who was one of the first to announce publicly she would boycott the inauguration, has said she’ll be there, as has Rep. Nydia Velazquez (NY).

These 21 women are making a big statement, so this is a big slate—but chipping in $5 to a few or all of them goes a long way toward helping them lead the resistance! Give to all or pick your favorites.

We know the next four years will be tough, but we can resist Trump by sticking together.

In solidarity,
Megan, Meghan, Stacy and The WomenCount Team