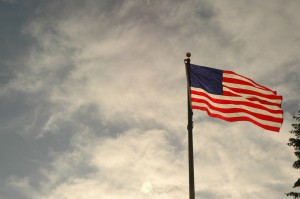 It’s been another tumultuous week.

This weekend, President’s Trump’s executive order barring Muslim refugees and other immigrants from entering the US shocked and destabilized families across the country. Now, Trump is teeing up his Supreme Court nominee: Neil Gorsuch.

Gorsuch is a right-wing judge who has sided with employers who refuse to cover contraceptives for female employees, and who has expressed hostility toward civil rights cases, including those dealing with gay marriage.

Senate Democrats are saying they’ll filibuster Gorsuch–and they need to know we’re behind them 110%. Show you have their backs by chipping in $5 to each of the three women Senators on our Justice League slate.

All are members of the Judiciary Committee and are up for re-election in 2018, meaning they have a crucial role to play in checking Trump’s regressive agenda and extreme nominees–but they could suffer for it at the ballot box.

And if the Democrats do filibuster Gorsuch, these women will be standing with their colleagues, holding the line against a Supreme Court nomination that was essentially stolen from President Obama.

We need to keep these women in the Senate if we want to hold a filibuster against any of Trump’s other nominees. Chip in $5 for their re-elect!

P.S.: Trump came within 2 points of winning Minnesota last year, so Sen. Klobuchar could have an especially tough fight in 2018. Consider chipping in $15 for her now.