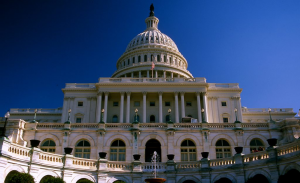 This Sunday marks the 1-year anniversary of the Women’s March, when more than 5 million people across the globe stood in solidarity against attacks on our rights.

One year into the Trump presidency, there’s even more to be angry about. That’s why as soon as the march ended last year, we got right to work learning about the next round of Democratic women candidates who can flip the House and Senate and stop Donald Trump’s bigoted, regressive agenda.

To celebrate the 1-year anniversary of the Women’s March, we’re rolling out a new slate of top-tier House and Senate candidates, women who are most likely to flip control of Congress from Republicans to Democrats this year.

Resist in 2018 by flipping Congress: Chip in $5 to each candidate today!

This year, we’ll finally get to see if the incredible energy that’s poured into the Resistance will pay off. So far, things are looking good.

We nearly flipped the Virginia house, elected Democratic governors in Virginia and New Jersey, and sent a Democratic Senator to Washington from Alabama. And grassroots organizations that monitor women’s political involvement are reporting record numbers of women signing up to run, up and down the ballot.

These are the same kinds of political headwinds we saw in 2010, when Republicans routed us at the ballot box and took back the House of Representatives.

Let’s turn the tables on the GOP, and take back Congress this year. Chip in $5 to each of the women on our Resist: Flip Congress slate.