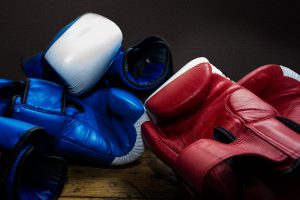 A red to blue opportunity!

Republicans’ capitulation to the cult of Donald Trump was on full display during last week’s impeachment hearings. They spread conspiracy theories, and tried to tarnish the witnesses’ reputations. Trying to discredit the inquiry is the only thing they can do, since the facts are clear.

The most disappointing performance came from Rep. Elise Stefanik, a supposed “moderate” from NY-21.

Rep. Stefanik broke the hearing rules that had been laid down previously, speaking out of turn to badger the witness, Marie Yovanovitch. When the committee Chairman, Rep. Adam Schiff, cut off her questioning, she claimed he was “abusing his power.”

It was a total political stunt, designed to please Donald Trump. The people of NY-21 deserve a representative who won’t grovel to the president at the expense of representing them.

That person could be Tedra Cobb, who will face Rep. Stefanik again in 2020 after giving her the closest race of her career in 2018 and moving the district toward Democrats by 12 points.

That’s why she’s at the top of our 2020 Rematch slate this week. Chip in $5 and help Tedra unseat Elise Stefanik.

You can customize the slate to give to just Tedra, or all eight candidates.