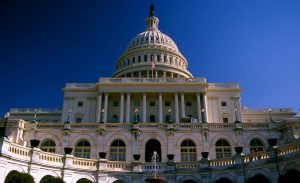 Alexandria Ocasio-Cortez isn’t the only millennial woman shaking up politics this year.

In competitive districts across the country, millennial women are transforming elections. They’re staking out bolder territory on generation-defining issues—such as student debt and cybersecurity—as well as perennial issues like jobs, wages and health care.

Let’s confront Republicans who are determined to drag our economy, environment and civil rights into the past, by sending the next generation to Congress.

Chip in $5 to each of the 5 women on our Next Generation slate.

They are (in addition to Alexandria Ocasio-Cortez):

Abby Finkenauer (IA-01, incumbent Rod Blum), who became the third-youngest woman in US history to serve in a state legislature when she was elected in 2014;

Lauren Underwood (IL-14, incumbent Randy Hultgren), another Obama Administration official and nurse who has worked to expand Medicaid in Chicago.

These women can bring a wide range of fresh perspectives to Congress—but they have to make it there first.

Chip in $5 to each and help them get there.

And when more millennial women win their primaries we’ll add them to the slate and keep you updated.