Like us, you’re probably still reeling from what happened last Tuesday. And you’re probably wondering how we — as women, as Democrats, and as people who care deeply about others — can rise against the wave of racist, radical policy proposals that will be coming at us during the next four years.

Over the last week Trump has doubled down on building his hateful wall along our southern border and letting Wall Street run the show in Washington. But if we’re smart and strategic, we can build a wall around him. Specifically, a blue wall of 10 Democratic women Senators whose seats we need to defend in 2018.

Our 2018 Blue Wall of Democratic women incumbents can stop Trump’s radical agenda, but only if they keep their seats in two years. Make a monthly donation of $50 (or $5 for each candidate) or more to help them prepare. 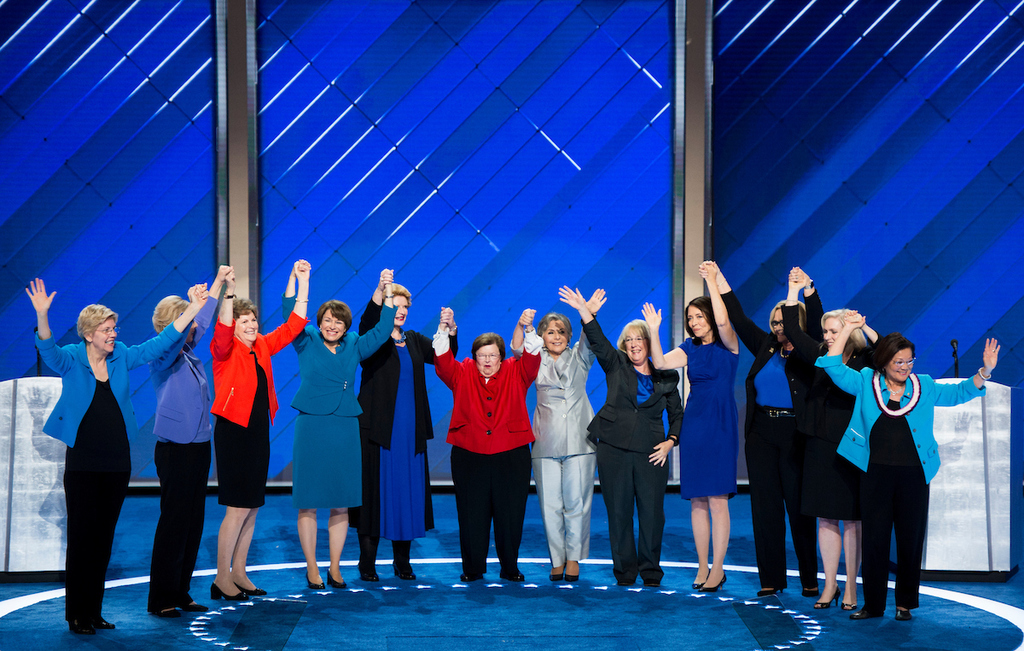 We’re sure you’ve heard some of the talk about another kind of ‘blue wall’ — Democrats who didn’t show up to vote this year, costing us critical battleground states that we needed to win the Senate and the Presidency.

This is discouraging, but it proves our point: To be effective, our 2018 Blue Wall needs to be strong. And we still have a strong blue wall of Democratic women Senators, including:

Notice anything about this list? Many of these women are leaders — on their committees, in the Democratic caucus, and on the issues that matter most to us as Democratic women. And Sen. Patty Murray, who won re-election this year, is now the third-ranking Democrat in the caucus.

Holding the Senate in 2018 — and, possibly, flipping it — allows the women on our 2018 Blue Wall slate to retain these leadership positions, where they’ll be in an even better position to take on Trump and his disastrous plan for our country.