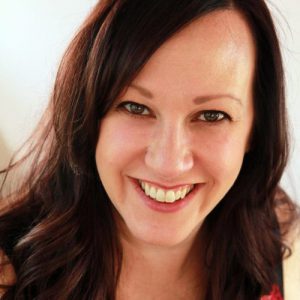 We’re adding a new (but familiar) face to our Recruit Them to Run Senate pledge slate:

It’s MJ Hegar, who is considering a bid to unseat incumbent Republican Sen. John Cornyn next year in Texas.

We can’t stress this enough: Taking back the US Senate in 2020 is just as important as winning the presidency. We need top-tier recruits, who aren’t afraid to take on a longshot race or an entrenched incumbent, if we’re going to make that happen.

And MJ is clearly not afraid to take on anything.

The grassroots fire her 2018 campaign lit would make her a top-tier recruit for 2020. Chip in $5 or more to her now and encourage her to get in the race.

Though she didn’t beat him, her campaign became a sensation. MJ burst into the 2018 race with her viral ad, ‘Doors,’ a cinematic walk through her early life that culminated in the moment she was wounded flying a rescue mission in Afghanistan.

MJ was awarded a purple heart for her service. But she was unable to continue flying missions due to her injury, or serve in another capacity because of the military’s ban on allowing women to serve in ground combat positions. So she sued the government over that policy—and she won. DOJ lifted the ban in 2013.

We need her in this race. Show her you’ll have her back if she gets in: Chip in $5 or more to MJ Hegar and the other four women on our Recruit Them to Run Senate slate.