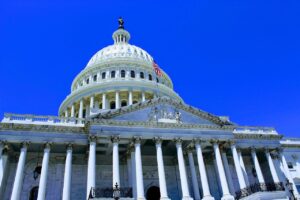 We know it seems early, but right now is prime recruitment season for 2022’s Senate races. There are already many potential candidates being floated for the most competitive Republican-held seats, in Pennsylvania, Ohio, North Carolina and Florida.

But we’re noticing something disturbing.

Of the many declared or frequently mentioned candidates in these four states, only one is a Black woman—Erica Smith, a former state senator in North Carolina who also ran for the 2020 nomination.

This is not OK.

Considering the crucial role Black women played in winning Democrats the Senate, and the fact that—now that Kamala is VP—NO Black women are currently serving in the Senate, Black women should be at the top of Democratic leaders’ Senate recruitment lists.

That’s why we’ve created our BHM: 2022 Senate Draft Fund. We realize many of these women for a variety of reasons will not all run—but they should be front and center now during recruitment season. This fund is a signal to all who are watching that we will have their backs if they take steps to compete.

View our draftees and give $5 to each of them now.

In case you need a reminder how our draft funds work: The money you give now will be held until a candidate declares. And if they don’t, the money goes to WomenCount PAC to support other Black candidates down-ballot. (Except in Erica’s case. Since she’s already running, your donation goes straight to her campaign.)

And another reminder: You can always customize your donation with WomenCount, giving to some candidates and not others.

We need more Black women in the US Senate. Encourage them to run in 2022 by giving $5 or more to our 2022 Senate Draft Fund.

We know other women have already announced or will eventually file for these seats—and WomenCount will support many of those women too. But in this moment, we want to make sure Black women are prioritized.