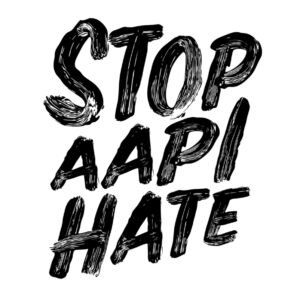 The heinous murders of eight people—six of whom were women of Asian descent—in Atlanta last week shocked us all.

It was the latest in a rising wave of attacks on Asians and Asian Americans, attacks fueled by the right wing’s xenophobic characterization of COVID-19. Stop AAPI Hate, a nonprofit that collects statistics on anti-Asian hate crimes, has received 3,800 reports since the pandemic started—a nearly 50 percent increase over the previous period.

And two-thirds of these reports involved Asian and Asian-American women.

WomenCount is standing in solidarity with AAPI women this week by encouraging donations to our slate of incumbent state and federal Asian-American candidates who need funding for their re-elections in 2021 and 2022.

Chip in $5 or more now to Protect Asian-American Women Incumbents.

Sen. Tammy Duckworth (IL) is running for her second full term in the US Senate. Her mother is Thai Chinese and her father was an American diplomat and military veteran. Rep. Stephanie Murphy (FL-7) is on the NRCC’s list of 2022 House targets. She’s also rumored to be considering a Senate run. She was born in Vietnam and came to the US with her family in 1979, when she was 1 year old.

Kelly Fowler (VA Delegate-21), is of Filipina and Mexican ancestry, and Kathy Tran’s (VA Delegate-42) family fled Vietnam as boat refugees when she was seven months old. Kelly and Kathy were the first two Asian-American women elected to Virginia’s House of Delegates. Both flipped Republican seats during the 2017 wave.

There are only 10 Asian-American women in the current Congress, which means they make up 7 percent of all women in Congress, and less than 2 percent of members of Congress overall. And Asian Americans are only 1 percent of state lawmakers. So we really need to protect these seats!

Give $5 or more to each of these women and help them keep representing AAPI women in elected office.