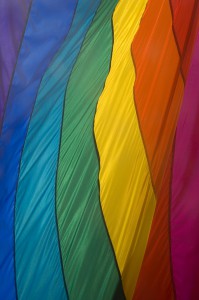 If you needed some good news, the Supreme Court has you covered. We know—with conservatives in the majority, good news from the Court was not something we expected.

But this is the real deal.

Yesterday, the justices ruled 6-3 that LGBTQ people are protected from employment discrimination under federal law.

And we’re celebrating by raising for LGBTQ women running in some of the tightest races around the country.

We can’t overstate how big this is. Before today, LGBTQ Americans could be fired or otherwise discriminated against in the workplace just because of who they are. Because while federal civil rights laws explicitly protect people from employment discrimination because of their sex and race, no such protections exist for sexual orientation and gender identity.

Now, the Court has said that the definition of sex discrimination includes sexual orientation and gender identity, meaning LGBTQ people are protected from workplace discrimination nationwide.

Today’s Supreme Court decision is something we can celebrate unequivocally, and you can celebrate with us by giving $5 to each of the LGBTQ candidates on our Pride at the Ballot Box slate.

We know legal victories won’t erase systemic discrimination from our society, but they are an important step—just like marching, donating and voting.