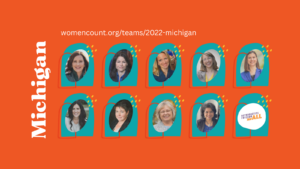 Election Day is in less than five weeks!

That’s why today we’re introducing the first in our new series of Super State Slates—candidates in states where your donation will go furthest toward supporting Democrats and women up and down the ballot.

What makes a super state? It has:

The first state in our series is Michigan, because it just might be the most pivotal state for women this fall. Give $5 now to each of these candidates:

This year in Michigan, voters need to:

What happens in Michigan this year could change its political landscape for a generation—moving it from purple to leaning more Democratic—and make the state a safe haven for women seeking abortions in the Rust Belt.