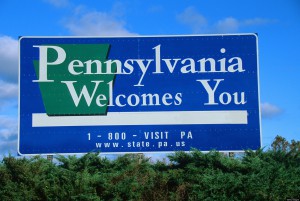 Last year, we expanded our platform to bring the power of crowdfunding to state legislative candidates. Today, it’s finally time to start rolling out a series of slates highlighting states where women can make the difference in flipping critical seats this year, up and down the ballot.

Our first: Pennsylvania. Democrats can flip 6 House seats, protect a Democratic governor, and break GOP supermajorities in both state legislative chambers. We can do that — and bust up PA’s all-male Congressional delegation — by making sure women win.

Chip in $5 to each of these 8 women running in key races in the Keystone State:

It’s becoming clearer by the day: Women are overperforming in elections this year — and are the key to flipping seats. We have to make sure they continue the trend, so we can take back Congress, stop the Trump agenda in Washington and build Democratic power in the states.

Help do that by chipping in $5 to each of the women on our Pennsylvania statewide slate!

We’ll roll out our next state slates after the June primaries finish. Keep an eye out.