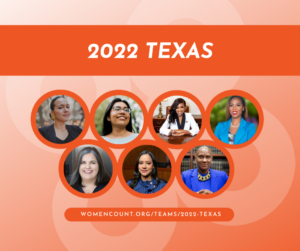 We saw strength for progressive Democrats and women of color, but many are heading into the runoff on May 24. Here’s a rundown of results, plus our reorganized 2022 Texas slate.

TX-15: Progressive activist Michelle Vallejo (20%) will narrowly make it into the runoff against Ruben Ramirez (26%), an army veteran and attorney, for this seat that is rated a tossup in the general election. Eliza Alvarado came in fourth (17%).

TX-28: Immigration lawyer and progressive challenger Jessica Cisneros (47%) has forced current US Rep. Henry Cuellar into a runoff (49%). This district leans Democratic and if Jessica prevails in May she’ll need our help all the way until November. .

TX-30: Texas state Rep. Jasmine Crockett (48%) will head into a runoff against former Biden presidential campaign advisor Jane Hope Hamilton (17%), so one way or another we know a woman will be filling this safe Democratic seat left open by Rep. Eddie Bernice Johnson. Give to one or both.

Lieutenant Governor: Texas state Rep. Michelle Beckley (30%) came in second, and is now facing a runoff against Mike Collier (42%), whose qualifications include working as a CFO at ExxonMobile. 🤮

Attorney General: Former ACLU counsel Rochelle Garza (43%), who won a landmark case ensuring abortion access for minors crossing the border, is way ahead of the rest of her primary challengers but will still likely face a runoff.

Now, let’s help the winning candidates prepare for their next election. Chip in $5 or more to our 2022 Texas slate.