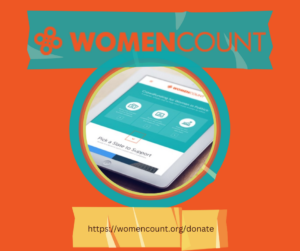 Yesterday marked the 50th anniversary of Roe v. Wade, the landmark Supreme Court decision that protected our fundamental right to abortion until it was struck down last June.

Most of us didn’t imagine this decision wouldn’t last 50 years, and that we’d actually be mourning seven months without Roe’s protections as we passed a half century since the case was decided.

Now that we live in a world without Roe, the stakes are so much higher for every election. And women came through last year.

Blocking Republicans’ ‘red wave’ in the mid-terms supposedly dampened their enthusiasm for extreme abortion bans and extreme anti-abortion candidates. They’d like us to believe they’re backing away from anti-choice legislation, but that’s just not true.

State legislatures have already tee’d up dozens of bills that target the procedure, with a renewed focus on medication abortion. And one of the first bills the new Republican House majority passed this month would potentially criminalize providers.

This federal legislation has no chance of passing because Democrats still hold the Senate and the presidency, which will both be at stake in 2024, along with control of most state legislative bodies. And 2023 is not an off-year for abortion rights:

We’re crowdfunding for women in all of these races and more this year. Help keep our platform up-to-date during this challenging time for abortion rights by chipping in $5 or more to WomenCount.