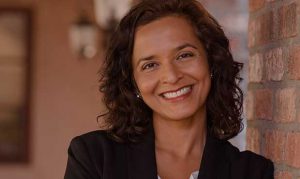 Have you been following the special election in Arizona’s 8th Congressional District?

It’s been an uphill battle for Democratic challenger Hiral Tipirneni, an emergency room physician who has made affordable, accessible healthcare the center plank of her platform.

But now the tide might be turning for Hiral. Two recent polls have her tied or leading her Republican opponent—and Election Day is 48 hours away.

Help her capitalize on this momentum by chipping in $5 now.

Winning this seat is still a really long shot. Arizona’s 8th is very conservative. It scores R+13 on the Cook PVI, which is slightly more conservative than Pennsylvania’s 18th District, where Conor Lamb won by only .4%.

But there are trends running in our favor. The district is more diverse, and it’s largely suburban—two demographic markers that signal a Democratic advantage.

The bottom line is, we can’t afford to take any race for granted. Show Hiral some support before the big day on Tuesday: Chip in $5.