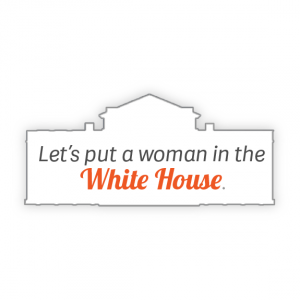 It’s been a rough week for our presidential women. With Amy Klobuchar suspending her campaign, and Elizabeth Warren posting disappointing results on Super Tuesday, our hopes of electing a woman president in 2020 are dwindling.

It’s a frustrating, maddening turn of events in the wake of a history-making field of diverse candidates that kicked off this campaign. It’s especially painful given that the first woman nominated on a major-party ticket won the popular vote in 2016 but lost the election.

Warren is vowing to stay in the race until the end, and we’ll cheer her on for as long as she’s still in it.

But we’re also turning our anger into action, to start the speculation—and the fierce pressure—for the eventual nominee to put a woman on the ticket in 2020.

That’s why we created our Veepstakes Fund: Eight women who would be great running mates for any of the candidates still in the presidential race.

Here’s how this will work: All donations go to a ‘draft fund,’ meaning they’ll be held by WomenCount until there’s an official nominee. Then, if that nominee picks any of these women as a running mate, we’ll release the funds to the nominee’s campaign.

And of course, we’re including Kamala Harris, Kirsten Gillibrand, and Amy Klobuchar.

If the nominee doesn’t pick one of these women or any woman, we’ll roll your donation into our work funding women in critical down-ballot races.

Let’s keep the focus on putting a woman on the ticket: Give $5 or more to our 2020 Veepstakes Fund and help us hit our $2,020 goal before the next presidential debate on March 15.