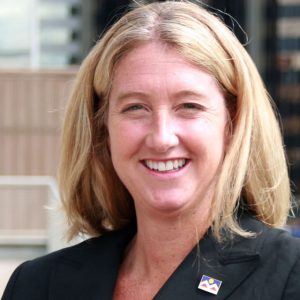 One of the most hotly contested gubernatorial races in the country is Tuesday, in Colorado.

Cary Kennedy, the former state treasurer and deputy mayor of Denver, is in a tight race against Jared Polis, the member of Congress from Colorado’s 2nd District.

Polls show Polis with an edge, but Kennedy won an overwhelming plurality (49%) of delegates at the state caucus. In a trending-bluer state like Colorado, the winner is likely to be the next governor—and in Kennedy’s case, the first female governor Colorado has ever had.

Chip in $5 to give Cary Kennedy and the 5 other candidates on our final June Primaries slate a pre-primary boost.

Jena Griswold (CO-Secretary of State), who has criticized her Republican opponent’s decision to cooperate with the Trump Administration’s voter fraud commission;

Aruna Miller (MD-6), a state delegate who will represent this deep-blue district if she can make it past her self-funded opponent;

Liuba Grechen Shirley (NY-2), who’s also running to flip this seat, and just became the first female candidate to mount a successful request to use campaign funds for childcare;

Kate Browning (NY-1), whose campaign to flip this Long Island district is supported by Sen. Kirsten Gillibrand’s Off the Sidelines PAC.

Let’s make sure women keep overperforming in primaries. Chip in $5 to each of these candidates before Tuesday.