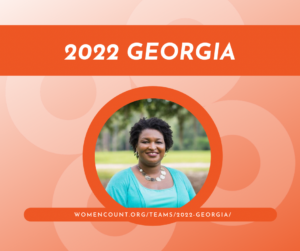 An urgent fundraising situation for Stacey Abrams is developing in Georgia.

Governor Brian Kemp and his allies in the state legislature are fast-tracking a bill that would ban challenging candidates from raising money during the legislative session, meaning Stacey, other Georgia Democrats and Kemp’s Republican primary challenger, David Perdue, would be cut off until at least April 4.

But because Kemp has the power to extend the regular session and call special sessions, he could theoretically keep Stacey from raising money indefinitely.

Kemp is clearly running scared from Stacey, a fundraising powerhouse who has out-raised him four-to-one in the last two months.

This law could pass as early as tomorrow. Give to Stacey NOW before it’s too late.