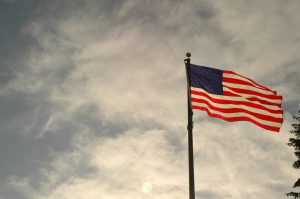 It’s been a week from hell.

On Monday, confirmation hearings for Neil Gorsuch kicked off in the Senate Judiciary Committee, and he came in for a tough line of questioning from the three Democratic women senators who sit on the panel.

Sen. Mazie Hirono used her opening statement to focus on refugees and Trump’s notorious Muslim ban, and Sen. Amy Klobuchar highlighted the other issue that’s bedeviled Congress this week—Trump’s Russia ties, and how Gorsuch might handle cases involving the President if they were to come before the Court.

All three women are up for re-election in 2018. Let’s thank them for not being afraid to give Judge Gorsuch the grilling he deserves. Chip in $5 to each of their re-election campaigns through our Justice League slate.

Meanwhile, on the other side of the Capitol, the full House is scheduled to vote tomorrow on repealing Obamacare and replacing it with a plan that would be a disaster for all but the richest, most privileged Americans.

And it would hit women the hardest—allowing poor women to be kicked off Medicaid after giving birth, restricting private insurance coverage for abortion, and stripping funding from Planned Parenthood.

Democratic women in the House will stand against this terrible bill tomorrow. Tell them ‘thanks’ and give them a re-election boost by chipping in $5 to each of the women on our Reproductive Rights slate.

And thanks to you for helping us continue the fight.