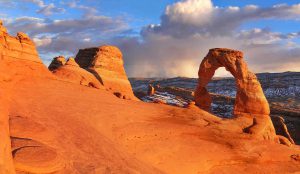 Despite the disappointing results in Georgia last week, we can’t get discouraged. We have to put up a fight in every contested district until Democrats are back in power.

Kathie is running in Utah’s 3rd District, the seat that will be vacated later this month by GOP Rep. Jason Chaffetz, whose political career rests on bogus oversight investigations of Planned Parenthood and Hillary Clinton.

Click here to chip in $5 and start crowdfunding for her via our 2018 Victory Fund!

Kathie, being a physician, has made protecting the ACA and expanding quality health care access to more Americans the signature issue of her campaign. Now that Congress is closer than ever to repealing the ACA, it’s critical that we have people like her who are passionate about public health in office.

Kathie has also already raised more than $500,000 from small-dollar donations —– proving that the viability of our crowdfunding model is no longer in question.