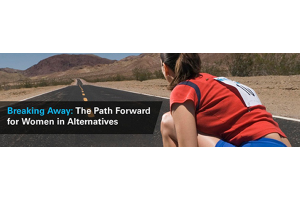 According to KPMG LLP, the U.S. audit, tax and advisory firm, and their report released in September, 2015 Women in Alternative Investments Report: Breaking Away, The Path Forward for Women in Alternatives, women-owned or managed funds are making little progress in attracting capital, despite the fact they continue to outperform the industry.