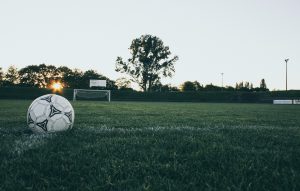 As you read this, members of the US Women’s National Soccer Team are parading down New York City’s “Canyon of Heroes,” a section of Broadway in Lower Manhattan where notable national figures—from astronauts to military heroes to other sports stars—have been celebrated with parades for more than 100 years.

This US women’s team has now won the World Cup four times, a performance as dominating as those from powerhouse multi-World Cup-winning men’s teams like Brazil and Italy.

But the pay that the US women will get for that win is only a quarter of what the US men would get if they had won a World Cup.

This pay disparity in Major League Soccer is a magnified version of the pay gap we experience every day. So today we’re calling it out and asking you to chip in $5 to each of the women on our Equal Pay for Equal Play slate.

It’s three Representatives who are members of the Congressional Soccer Caucus (Reps. Debbie Mucarsel-Powell, Madeleine Dean and Kathy Castor—and yes, that’s a thing) plus four other members (all vulnerable freshmen) who have signed a pledge supporting equal pay for this history-making team.

And they’re of course all champions for equal pay for the rest of us too.

Check them out and chip in.