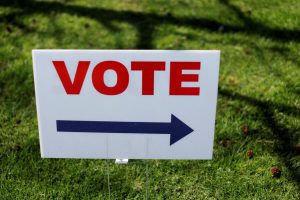 The last day of June has finally brought us closure on a key Senate race, and just in time—because today is also one of the biggest quarterly fundraising deadlines of the year.

Earlier in the month, we saw Theresa Greenfield clench the nomination in Iowa, and Teresa Tomlinson and Sarah Riggs Amico concede in Georgia. There are a couple key races that won’t be decided until later in the summer, but MJ Hegar is running strong in the Texas runoff and neither Sara Gideon nor Barbara Bollier has a serious primary challenger in Maine or Kansas.

The fundraising numbers these women post after tonight will give their campaigns critical momentum heading into the summer. Can you give them a boost by chipping in $20 or more to our Senate Red to Blue slate before midnight?

A string of 5-4 Supreme Court wins (on DACA, consumer protections, and abortion, to name only a few) this month have underscored how important winning the Senate is this year. We’re holding on to a narrow majority, but only in certain cases, and usually only on procedural grounds.

No matter who wins the White House, it will be up to the next Senate to determine the ideological composition of the Supreme Court for generations.Observers predict there could be as many as threevacancies over the next four years. We can’t let Mitch McConnell hand-pick any of them.

Let’s help Amy, Theresa, MJ, Sara and Barbara win us the Senate. Chip in $25 or more to our Senate Red to Blue slate.