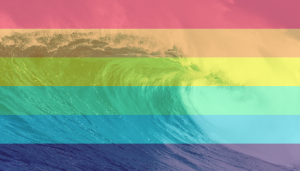 You’ve heard this already: In 2018, a record-breaking number of women are running in US House and Senate races—262, to be exact.

And that statistic holds true across many different demographic groups. This week, we’ve already highlighted the historic wave of women of color vying for office. Now, we’re turning to a group that’s turning this year’s Blue Wave into a Rainbow Wave: LGBTQ women.

There are more than 400 LGBTQ candidates running up and down the ballot, locally, statewide and nationally, according to the LGBTQ Victory Institute.

Our Meet the Wave: LGBTQ Women slate features six women running in this year’s most competitive House and Senate races. Chip in $5 to each of them today.

At the top of our slate is Kyrsten Sinema, who’s running to flip a Senate seat in Arizona—one of only two Republican-held US Senate seats that are currently rated a toss-up. We simply cannot take back the Senate and block Trump’s judicial nominees without Kyrsten.

We’re also closely watching Lauren Baer in FL-18, a marginal Trump district that had been trending our way but has recently slipped back toward the Republicans.

Give these trailblazing LGBTQ women the fundraising boost they need to declare victory on Election Day: Chip in $5 to each of them now.