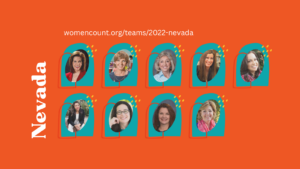 Up to now our Super State slates have featured governors leading the ticket in some of the most competitive states. Now we’re turning to the state hosting the closest US Senate race in the country—Nevada.

Not only is the US Senate up for grabs in Nevada, the state features two incumbent Democrats in toss up US House races, and threatened Democratic majorities in both state legislative chambers. Abortion access, which is (for now) protected by law up to 24 weeks in Nevada, hangs over every race.

Our Nevada Super State slate is nine incumbents we need to protect this year. Chip in $5 or more to each of them now.

What happens in Nevada this year will determine who controls the US House and Senate—and whether Nevada Democrats can maintain their legislative trifecta—in 2023.