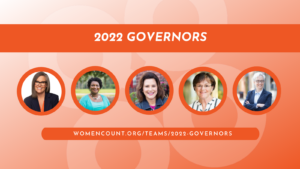 Democrats and abortion rights supporters had a very super Tuesday.

The big news: Kansans voted 58.8% to 41.2% to preserve a constitutional right to abortion, a double-digit victory that shows the fall of Roe is energizing abortion rights supporters—but especially Democrats—across the political spectrum.

This is also good news for Kansas Gov. Laura Kelly and Rep. Sharice Davids (KS-3), who will need massive Democratic turnout to win in November.

Michigan also came through for Democratic women and abortion rights:

And in Arizona, the Republican primary is still too close to call but it looks likely that Katie Hobbs will face Trump-backed election denier and media personality Kari Lake, who has called abortion “the ultimate sin.”

We are feeling so energized after last night’s victories. Now, we need to capitalize on this momentum and keep it going through November.

Give $30 or more to our 2022 Governors slate featuring Laura, Gretchen, Katie and the rest of this year’s closest gubernatorial races.

Remember: Governors will be the last line of defense for abortion rights now that Roe is gone.