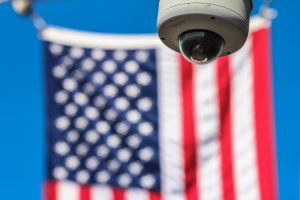 Last Friday the CIA dropped a bombshell. According to a previously secret report, our nation’s top spy agency concluded that Russian operatives intervened in this year’s election. Not just to sow confusion (which they did), but to actively throw the election to Donald Trump.

Now top congressional Democrats (and some Republicans) are calling for an investigation, a task that will likely fall to the Senate and House intelligence committees. That’s great news, since both committees are packed with dedicated Democratic women who will see that this investigation gets done right —–   including Senate Select Committee on Intelligence ranking-member Sen. Dianne Feinstein.

Let’s show these women we have their backs. Chip in $20 now to our Election Integrity Protection slate of women who sit on the House and Senate intelligence committees.

In addition to Sen. Feinstein, the women on Election Integrity Protection slate include Sen. Mazie Hirono of Hawaii, who sits on the Senate committee with Feinstein, and Reps. Terri Sewell of Alabama and Jackie Speier of California, who both sit on the House Permanent Select Committee on Intelligence. These committee assignments could shuffle during the next Congress —–   so here’s to hoping lawmakers act fast.

And not only are these women likely to oversee the investigation into Russia’s tampering with our elections —–   all four of them are up for re-election in 2018. That means if they pull a tough question on Trump or his cronies, there’s likely to be a Koch-funded attack ad about it right around the corner.

We can’t let that happen. Chip in $20 to help protect these incumbents so they can protect our democracy.

Thanks for staying with us as we work to #StopTrump.